If you are considering carrying out building works to a flat, terraced, semi-detached and in some instances a detached house, then it is likely that you will need to give consideration to The Party Wall Act 1996 (“the Act”). The Act was introduced as means to provide a clear framework and greater understanding as to how both resolve ongoing and prevent future disputes regarding developments.

The main categories of party walls are:

If a building owner intends to begin work that is included in the Act then they have to give their adjoining owners notice of their intention to do so. These owners can then agree or disagree to the proposed works. If there is disagreement, the Act provides resolutions for resolving disputes.

What qualifies as ‘adjoining owners’?

It is important to identify who the adjoining owners of a property are in order to properly serve notice on them before development begins and to avoid disputes further down the line. For the purpose of the Act adjoining owners are:

Where there are multiple adjoining properties it is essential to hand out the notices as far in advance as possible to ensure there is plenty of time to receive responses from everybody before development can begin. Seeking legal advice in this situation can be useful as a solicitor well versed in these procedures can help explain what notices need to be served when and to whom. This is to ensure the right steps are taken prior to development, as failure to comply with the Act can incur significant financial losses and in some cases a Court Order ordering the demolition of the development.

The cost of non-compliance

The Courts have shown a willingness to deliver sever reprimands when it comes to ignoring the processes set out in the Act. The most extreme being to grant final injunctions which require the removal of unlawful works which was demonstrated in Daniells v Mendoca (1999). In this case, the Defendant was ordered to remove an extension built using the support of the wall found completely on the Claimant’s land. The Defendant had begun works when the Claimant was on holiday and failed to notify the Claimant in accordance with the Act.

The Courts have also demonstrated that where works have begun and there has been a failure to serve notice or when a notice has been incorrectly served, it will not dissuade the Court to grant an injunction to halt the works altogether despite the financial strain that often comes with developmental works. Additionally, developers should be aware that they may be liable to damages such as; nuisance, trespass or breach of statutory duty when the Act has not been complied with.

Ignorance of the processes set out in the Act, either willing or innocent, can only work to the detriment of the developer and does not serve as a defence and so it is essential to follow the correct legal guidelines.

Sutton & Co Solicitors Litigation Solicitor, Kax Chana has a breadth of experience and knowledge in this area and would be able to assist navigating your obligations to the Act and ensure you remain on the right side of the law. Call us on 0121 4483107 to book an appointment.

On 22 November 2017, the Treasury announced that Stamp Duty Land Tax was to be abolished for first time buyers, purchasing a […]

This week, one of Britain’s richest men, the Duke of Westminster, could see the value of his estates plummet this week benefitting […] 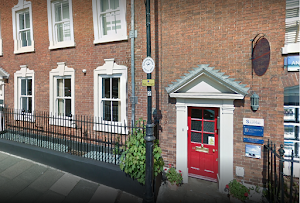